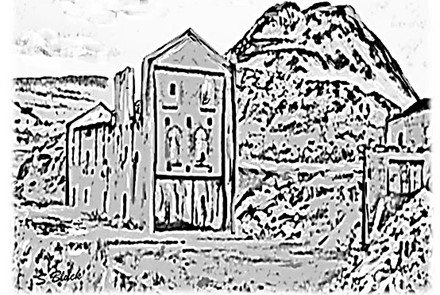 No.1 Pit
This pit was opened in 1865 as an iron extraction pit and later became a coal mine. It was situated on the north bank of the Forth and Clyde Canal, close to the centre of the original village of Twechar. The mine was mainly manned by miners from Twechar and from neighbouring Kilsyth. The mine was reported to be both dry and comfortable to work in. During World War Two, it was joined by tunnel to Dumbreck colliery in nearby Queenzieburn as part of a national war scheme to provide alternative shelter from German bombing raids. It was also possible to travel by tunnel to No.10 Pit in Twechar (indeed, all the Gartshore pits were linked together), which was linked to a classroom in the local school. Here ‘on the job’ experience was provided for novice miners - the most famous of these being the ‘Bevin Boys’ (young men drafted in to the mines to help the war effort), who are discussed in more detail in the section on the World War Two. When the National Coal Board (NCB) took over the pit, it built a new engine house as the previous set up resulted in the engine being in constant motion. Residents remember that Twechar No.1 Pit had a huge coal waste bing, which always appeared to be smouldering and regularly sent plumes of smoke over the village. No.1 pit closed in 1964 and was one of the last pits to close in Twechar.

Gartshore No.1 Pit
There were several mines to the south of Twechar, which were named after the Gartshore Estate. This estate was bought in the late 1870s by Alexander Whitelaw, a joint manager of William Baird and Company and an ancestor of the 20th century Conservative MP, Willie Whitelaw.

Pit 9/11 Gartshore (No. 11)
These pits were built in the 1860s and situated south of the Glasgow to Edinburgh railway line. This was the main Twechar pit as most of the workforce hailed from the village itself. These were very gassy pits. This situation became improved when Grayshill pit (discussed in the quote below and in a subsequent paragraph) was sunk to the south of these shafts in the mid-1930s. A siding was linked from the pit to the main railway to transport coal out of Twechar. The mine contained very high-quality coal and because of this a new shaft was sunk in the 1950s to make it possible to reach further seams of coal. This was the last of the Gartshore pits to close, in 1968, and men who wanted to continue in the mining industry were given transfers to pits in Cardowan and Bedlay. There is little sign left of this pit and even its pit bing, a feature which is often seen in old coal mining areas, has disappeared.

Grayshill Pit
This pit was sunk in the 1930s to provide ventilation for pit 9/11. However, the huge ventilation fan disturbed both people and cattle. It was named, like many pits, after the farm where it was situated. Grayshill closed in 1967 as a phase of the gradual rundown of the collieries.

Pit Gartshore 3/12 (No.3)
These pits were sunk close to the railway near the village of Croy at Easter Board Farm. It was connected to the siding at pit 9/11. The pit was mostly mined by men from Croy, but there were a few from Twechar. Gartshore No.3 was originally used for mining ironstone and later became a pumping shaft in to which the water from other pits was drained. Finally, in the early 1920s it became a coal extraction pit. A sump was sunk to deal with the water from other pits. No.12 pit was sunk alongside No.3, and just before it was completed in 1923, a gas explosion killed 8 of its workers. These were among the first pits to close in the area, in 1959.

St Flannan’s Pit
This pit was opened in 1904. It was originally used to extract crude petroleum, known locally as ‘Tarry Dook’. This pit had a particularly deep shaft and closed down in 1930 as accessibility was difficult. However, the seams were accessible from Pit No.1 and so they continued to be excavated. As with St Flannan’s, several other small pits in Twechar were closed as their seams were accessible from the larger pits.

Pit No.2
Local brickworks were opened in the 1930s using materials from the bing at No.2 pit. This closed in 1983. 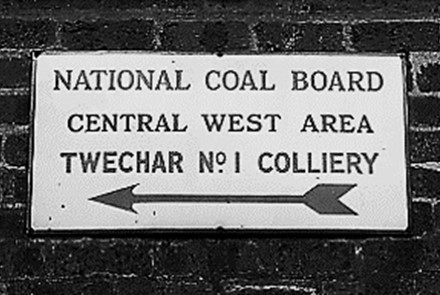 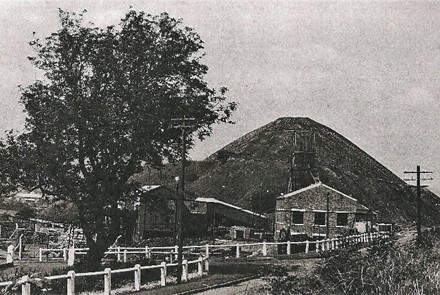