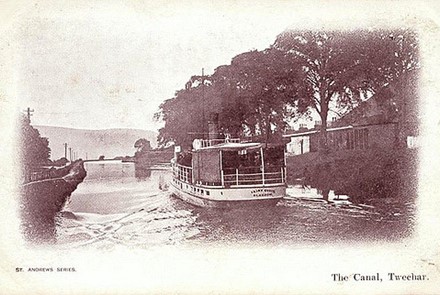 The Forth and Clyde Canal, the world’s first sea to sea canal, was surveyed in 1763 by the civil engineer, John Smeaton. Its construction, across the narrowest part of Scotland, started in 1768 after an act of parliament, when the governor of the privately owned canal company dug out the first bit of soil in what is now Grangemouth.  The canal’s construction came about as the result of the need for a safer and more expedient method for commercial sea going vessels to reach the burgeoning ports of Central Scotland. It also linked the two main industrial rivers of the Forth and the Clyde. Previously, the boats would have been forced to make the sometimes perilous and routinely time-consuming route around the North of Scotland.  The canal, which officially opened in 1790, had to be built particularly deep and wide in order to accommodate these vessels. It is 35 miles long (with an additional 3.5 miles in Glasgow) and has 39 locks between the town of Bowling, in the West, and the town of Grangemouth in Central Scotland. It links up with The Union Canal at Grangemouth. The canal was not only used to transport goods but also passengers via the goods boats and the faster ‘Swift boats’, which linked them up with coach services.

The village of Twechar, sits on the south bank of the canal. Twechar’s proximity to the Forth and Clyde Canal, as well as the abundant seams of coal there, were major factors in William Baird and Company’s decision to sink pits in the area in 1860, and mining continued there for almost a century. The company did tend to favour the railway as a form of coal transportation.  However, it had to agree to use the canal for some of its goods moving needs when the canal owners allowed Baird’s to build a railway swing bridge over the canal in the 1860s; this was needed to link the Twechar pits with other collieries and wider transport links. The canal was bought by the Caledonian Railway Company in 1867. A sign perhaps that the railways were taking over as the main form of goods transportation from the canals.

The canal was bought over twice in the 20th century and was still being used into the years of the Second World War. The railways had, of course, started taking over from the canals in the areas of both goods and passenger transport. The coming of road haulage and increased car ownership sealed the fate of the canals and the Forth and Clyde Canal closed in 1963, coinciding pretty closely with the closure of the last pits at Twechar.

For much of its existence, the canal and its grassy banks were also used by local people as an unofficial outdoor leisure facility, with Twechar folk regularly going there to swim, dive, play and eat picnics. One of our respondent’s, John Andrews, remembers spending some of his free time as a child swimming in the canal, both before and during WWII:

John Andrews talking about swimming in the canal

The canal was destined to become a place of leisure again in the 21st century but not before many years of disrepair and what was described in one report of 1974 as ‘Almost soul destroying vandalism’. Some of our respondents have also confirmed the bad state of the canal and the loss of services to the community during these intervening years.

Here is what Sandra Sutton had to say about the canal:

Sandra Sutton talks about the regeneration of the canal

“I remember when I was really young, it was cold and it was icy and my Mum went in to get her new store card, at the store.  We were wi Bella Boyd's weans and we were throwing stanes to skite across the ice and we were saying, “look at that, look at that” and my Daddy said, “what is it?” and we said, “ah don't know but it looks like somebody's heid.” So my Daddy said to me, “you get back!” And somebody had been coming from the Masonic Hall and fallen in, and the ice had frozen over them... and it was a deid body.  My Daddy went to the store and phoned the polis and the firemen came and cut the ice and brought the body oot.”
Agnes Byrne

“Jocky Leishman lived down at the bridge and he used to tell us about the boats coming along the canal and if he was lucky, he would shout to one of the fishermen, “any fish the day,” and that was him, Jocky got his tea. It was an old wind-up bridge and Jocky used to make sure there was someone at the other side to help him wind it up to let the boats go through. We used to watch a bus go over it and it creaked and come down when that happened. It was a wee single decker bus that went over it now and again. I don't know if that was a mistake, it may have been a private hire. My Dad used to drive the buses, at week-ends, and his run was Twechar, but he never took a bus over the bridge, he always stopped at Stark's farm.”
David Truesdale

“We played a lot down the Glen, maybe too much! We walked about there and smoked.  I nearly drowned in the canal, I got pulled out of it - I fell in at the swing bridge, there was a triangle there and I was standing on it fishing and I fell right in. There was a fella named Sammy Kidd that pulled me out. Oor John, my brother, got a right row for putting me into my bed with wet clothes on. Twechar was a great place to grow up, a really good village then.”
Jim Cowie 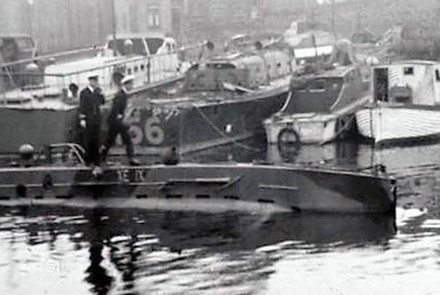 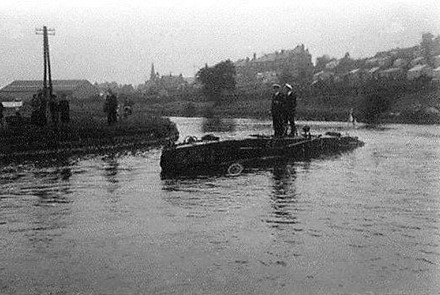 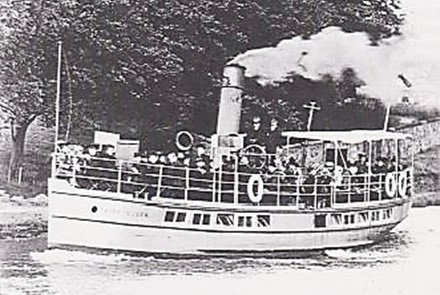 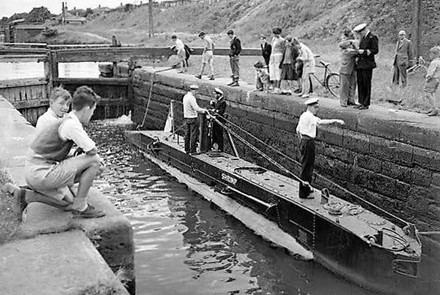 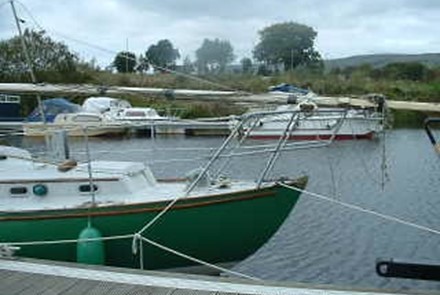 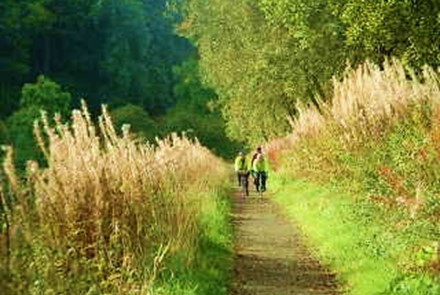 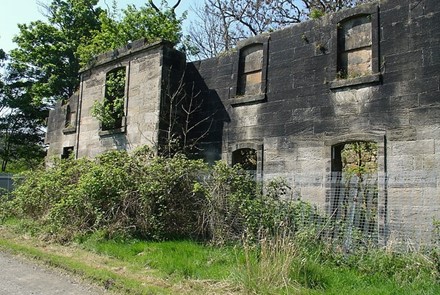