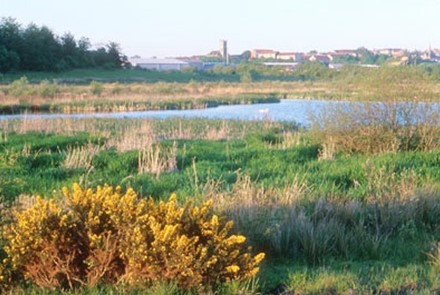 Twechar is in very close proximity to many areas of natural heritage: Kelvin Valley marshes, including Twechar Marsh, the Forth and Clyde Canal, the River Kelvin, and the Millennium Forest woodlands. These have changed and developed for good and bad over the years, in some cases with the aid of deliberate intervention on the part of environmental groups and lobbyists, and at times due to the rise and fall of local industry.

As elsewhere, these wetlands are well documented as havens for wildlife. Paul Carter, of Friends of Kelvin Valley, who is both a chartered geologist and an engineer, and a wildlife surveyor on Twechar Marsh, describes the varied history of the wetland:

“Well, the marshland story’s fascinating, because the Kelvin Valley was full of marshes. It was just marshland all the way from top to bottom… and this was one of the great things as far as the Romans were concerned. They built the Antonine Wall up there knowing that any invading force from the north would have to struggle through the marshland before it could even get to the wall… so the marshes were there till round about the 1780s to the 1800s. Just after the canal came through, all the local landowners got together and said, “well, if the canal company can build a big canal, what we can do, is, we can straighten the River Kelvin, and drain the whole valley”, which is what they did. So, they drained all the marshes. The marshes all went, and they got themselves nice arable green fields, for, you know, part of the agricultural revolution. So, the marshes went, and the green fields came… but nothing lasts forever… And then the miners came along, and working from Gartshore and Twechar No.1 pit, and St Flannan’s pit… they worked under the Kelvin Valley, dropped the level of the Kelvin Valley, in some places by up to about four metres. This caused flooding of a lot of the fields that had been so expensively drained in the first place, and resulted in a lot of the marshes coming back again. So, from marsh to agricultural land to marsh again.”

Paul goes on to describe the wealth of bird life that can be found overwintering on Twechar Marsh. This includes visitors from as far afield as Scandinavia, the Artic, Iceland and Siberia. He mentions greylag geese, pink-footed geese and whooper swans, as well as several types of duck, including the colourful widgeon. He recently completed a goose count on the marsh, which found them numbering in the several hundred. Native species also overwinter on the marsh. These include up to 40 or 50 curlews at any given time, which are categorised as a ‘red list’ species by the RSPB.  Peewits, otherwise known as lapwings, are also found on Twechar Marsh; these birds are thought to have suffered decline in the past due to loss of wetlands in the UK. Around April and May, all Email: OSCR - GFAthe birds fly away and the marsh dries up only for them to return the following winter. Bird watchers have also been spotted during the winter at Twechar Marsh and the Friends of Kelvin Valley lead educational walks there. 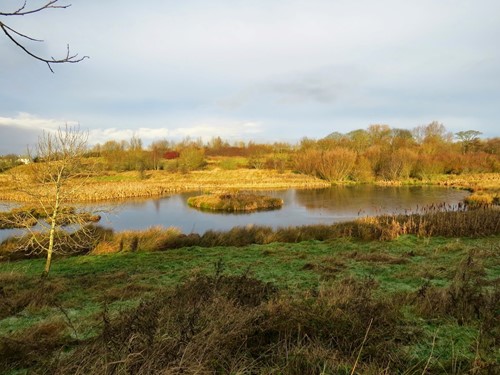 Canals were noted for attracting wildlife pretty much right from their inception in the UK. The Basingstoke canal, in Hampshire, for example, was remarked upon for its rare plants as early as 1830 (only four decades after it was built) and by the end of the century was being described as a ‘Mecca’ for botanists and entomologists. Like the Forth and Clyde Canal, which runs beside Twechar, it fell into disuse in the latter part of 20th century and became polluted only to be regenerated in the early part of this century. It is now home to several rare species. Like Basingstoke, the Forth and Clyde Canal now hosts an abundance of flora and fauna. It has the features for attracting and sustaining wildlife that are common to many canals. These include grassy verges and hedges, which can play host to lots of different creatures. Abandoned buildings (including the old stables and nearby St Flannan’s pit in Twechar), can also form habitats for various creatures and plants; and still water is attractive to otters and kingfishers, both of which are making a comeback both nationally and on the Forth and Clyde Canal. Our respondent, Paul Carter, mentioned that in the early part of 2017, everyone he met on walks in the Kelvin Valley area had spotted a kingfisher. Here he describes the possibility of otters breeding by the canal:

“Somebody I met when out canoeing, they were also canoeing, told me that they’d heard thin, peep, peep, peeps from otter cubs in that area, so they are obviously breeding as well.”

The canal is full of many different species of fish including, roach, tench and bream and this also serves to make it attractive for otters and for birds such as goosanders. Salmon numbers have soared and the river also houses the delicate sea trout. In 2011, local school children were rearing brown trout and releasing them into local burns under the guidance of the Clyde River Foundation. Other creatures to be found along the river include water voles, grey herons, cormorants and roe deer. Amongst the flora to be found on the banks of the River Kelvin, are wild garlic, Himalayan balsam, poppies and meadowsweet.

Anyone who has read the classic Wind in the Willows by Kenneth Grahame, will know that rivers were traditionally great places to encounter wildlife. During the 19th and 20th century, many rivers suffered from the effects of industrial pollution. The River Kelvin, which has its source nearby in the neighbouring village of Banton, was no exception. In the last 25 years or so, however, improvements have been made in the water quality of the river, due, in part, to the removal of sewage outlets and from litter picks organised by the Friends of the Kelvin and other organisations.

Native trees, such as oak and birch, play an important role in both attracting and sustaining wildlife. The Forestry Commission has been planting native species near Twechar over the past few years. The Scottish Wildlife Trust has erected barn owl boxes and involved local school children in investigating their pellets. The Forestry Commission has also introduced Highland cows to surrounding meadows as they help keep the grass down; this encourages the growth of wildflowers, which, in turn, encourages bees and butterflies that will help to keep all the ecosystems of the area going.