Coal mining was Britain’s largest industry by the 1880s. Coal literally powered the wheels of industry and it was therefore an essential fuel to the economy of the country. Work for miners of the late 19th and early 20th century was brutal and dangerous, whilst their life above ground was marked by very poor living conditions and often by ill health. In Twechar, the amenities provided for the miners and their families were relatively good due to the comparatively enlightened thinking of local landowner and Chairman of William Baird and Company (the local mine owners), Alexander Whitelaw. In general though, and without the obstacles of health and safety laws and unions, the goal of the mine owners was to extract coal at any cost. The frequent strikes brought about by these conditions were broken by bringing in people who were prepared to cross the picket lines and do the mining work. These ‘scabs’ were often people who struggled to feed and clothe themselves and their families and would take any job that would put food on the table.

With the outbreak of World War One, in 1914, came an enthusiastic rush of men to enlist for battle from Britain’s mining communities. This is thought to have been partly brought about by a desire amongst the men to escape their poorly paid, dangerous and often precarious jobs for a steady army wage. The army would probably have been seen by some as a more bearable job with an element of adventure thrown into the mix. It must also be remembered that, propelled by propaganda, or ‘jingoism’, duty to King, country and God were also often strong motivating factors for people of that time and place.

By mid-April 1915, about a quarter of the nation’s miners had enlisted for battle. This outflow of mine workers, and people to work in their stead, began to seriously threaten the war effort as coal supplies were running low on the home front, causing there to be little to warm people’s homes and to power essential war machines such as battleships. In 1916, in an unprecedented move, the government took control of the mines. They improved miners’ pay in order to help prevent strikes and stopped their conscription into the war.

Almost one thousand lives were lost in the war from what is now East Dunbartonshire, with nearly half of those soldiers coming from Twechar’s neighbouring town of Kirkintilloch. Twechar War Memorial lists the names of 12 men from the village, though a total of 27 Twechar men were lost. An entry found in the archives of St Patrick’s Catholic Church in nearby Kilsyth, gives an insight into the tragic loss of Edward Differ, aged 20, from Twechar, who was killed in battle on the 12th of October 1917 and whose memorial can be found both in Twechar, and at The Tynecot Memorial in Ypres, in Belgium. The local landowners, the Whitelaws, also tragically lost at least four members of their family in the conflict; the father of the future Conservative MP, the late Sir William Whitelaw, was one of them.

Respondent, John Andrews (born 1928) remembers echoes of the war that sadly would have been repeated in communities all over Britain and Ireland. He recounts that his own father fought in the conflict. He also recalls a teacher at the local school who had lost a leg in battle and that the local minister had been gassed in action. Here John, remembers the Armistice Day parades in the village when he was a child:

“We paraded at Armistice Day, with the Twechar Pipe Band, and not only were there lots of chaps there from the First World War, but from the Boer War, with their Boer War medals…” 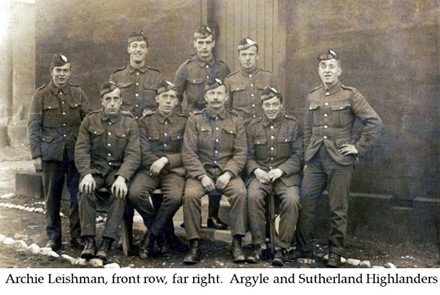 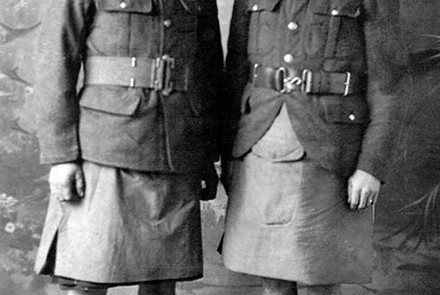 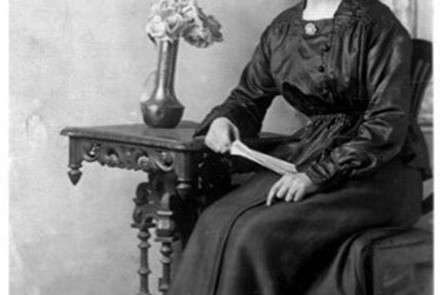