Twechar produced several footballers of note along with those mentioned above, including Charlie Shaw (1885), who played for Celtic in the very early part of the 20thcentury. He still holds Celtic’s clean sheet record as a goalkeeper and was the first goalkeeper to become a team captain. He also campaigned for fairer pay for footballers despite it making him unpopular with the Parkhead board room. This determination and sense of justice can no doubt be traced to his upbringing in Twechar pit village.

Charlie Shaw is buried in the Madonna Cemetery, Fort Lee, across the Hudson River from New York City. His headstone reads:

Other Twechar born players mentioned by respondents are William Hodge (1904) who played for Rangers and Brentford football clubs, and his brother Robbie who played for Clyde, and who are remembered by their niece Jessie Johnston in her interview. 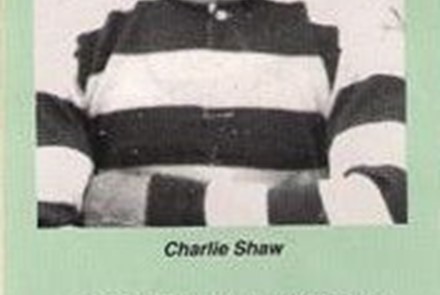