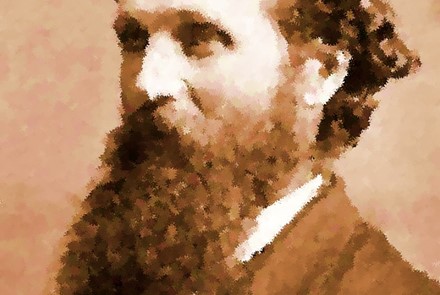 John Muir, born in Dunbar in 1838, is a founding figure of the environmental movement. He invented the concept of National Parks in his adopted home of the USA. He founded the Sierra Club, which now has around 750,000 members, and has inspired the foundation of other environmental groups, such as Friends of the Earth. He also wrote many books on the importance of appreciating and caring for the natural environment. The New York Times described him as one of the greatest thinkers of America. He said that he wanted to save the American soul from total surrender to materialism.

Scotland was very late to adopt National Parks as an idea. The two National Parks in Scotland, the Loch Lomond and the Trossachs National Park and the Cairngorms National Park opened in 2002 and 2003 respectively. The first National Park was opened in the USA in 1872, and countless others worldwide were created long before the ones in Scotland. This strange fact is perhaps partly explained by the contention that John Muir is much more famous in the USA, and indeed the rest of the world, than he is in the country which he left as a young man.

The extension of the original John Muir Way (along the coast of his birthplace Dunbar) was designed to route through the varied, attraction filled and often beautiful landscape of Central Scotland, taking in a National Park on the way and ending up in Helensburgh, where Muir embarked on his journey to the USA. The route was conceived in 2010 by the chairman of the Central Scotland Green Network, Keith Geddes, and co-funded by various bodies. The route was opened in 2014 (the centenary of Muir’s death) with a vision of raising awareness of Muir in the country of his birth, coupled with the aims of encouraging people to become more active in the outdoors and to take more of an interest in the preservation of their natural environment. Its aim is also to bring much needed boosts to the local economies that lie along the Way.

The route is 134 miles long and can be done in 7 to 10 days by foot and 3-5 days by bike. There are sections which can also be completed on horseback. The route is designed so that people may use it to do short walks along sections of the route or do the whole thing on consecutive days, as they choose. A 2015 survey carried out by Scottish Natural Heritage, found that more than 60,000 people visited specifically to walk or cycle a part of the route. 6,000 people completed the route over consecutive days. 20, 000 people used it for dog walking, commuting and other purposes. It is also notable that a third of all those surveyed said that they seldom visited the outdoors. The route is easily accessible to millions of people in Central Scotland. It contains many of the elements which are growing attractions for both international and domestic tourists. In a 2016 Visit Scotland survey, it was found that 49 per cent of visitors came to Scotland for the scenery and landscape and 32 per cent came for the history and culture of the country.

Twechar sits on the Strathkelvin Railway section of the John Muir Way, that follows on to internationally famous attractions such as the Kelpies, and the Falkirk Wheel. It also contains many of the features that would make it highly desirable to modern day tourists and visitors and it is set in a visually stunning location. Indeed, many of our respondents talk of their love of the surrounding countryside as children.

The village has a nearby Roman fort at Barrhilll, with striking ruins and interpretation points. The Fort is mentioned in many of the guides and articles relating to Roman Britain and the landmark is also skirted by a section of the Antonine Wall.

This Heritage Lottery Funded oral history project about the area will result in interpretation materials being created about the fort and about the mining heritage and life and community of the village. These will provide further attractions for people to visit Twechar, which has already been receiving more visitors since the new section of the John Muir Way opened.

The philosophy behind the Twechar Healthy Living and Enterprise Centre, which is undertaking the oral history project and will host the interpretation materials about the village’s history, is very much in line with that of the John Muir Way. This could lead to an interesting coming together and mutual inspiration between residents of the village and visitors.