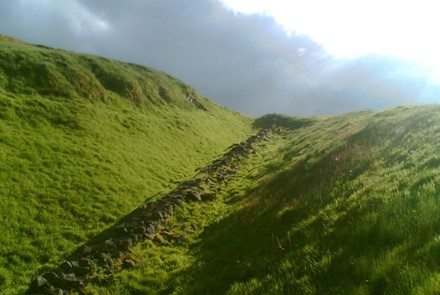 At the order of Roman Emperor Antoninus Pius, and following 12 years of construction the Antonine Wall was completed c.154 AD. Known as Vallum Antonini to the Romans, the Wall was a turf fortification on built on stone foundations. It represents the northernmost frontier of the Roman Empire, and was originally around 39 miles long, 10 feet high and 16 feet wide. The Wall was further strengthened by a deep ditch on the northern side. Along the top of the turf there stretched a wooden palisade.

The Antonine Wall was protected by 16 large forts with smaller fortlets sited between them; a road, known as the Military Way, connected all the sites and allowed movement of Roman troops.

Plagued by Caledonian raiders, the Antonine Wall was abandoned after only eight years and the garrisons relocated back to the more famous stone-built Hadrian's Wall, which ran from the banks of the River Tyne near the North Sea to the Solway Firth on the Irish Sea. In 208 Emperor Septimius Severus and ordered repair to the northern wall and re-established his garrisons there, which has led to some referring to the Antonine Wall as the Severan Wall. This latest occupation ended after a few years and the wall was abandoned to the elements. Much of the Wall and its forts have been ‘robbed’ or have eroded over time, though some remains are still visible. Many of these have come under the care of Historic Scotland and the UNESCO World Heritage Committee. 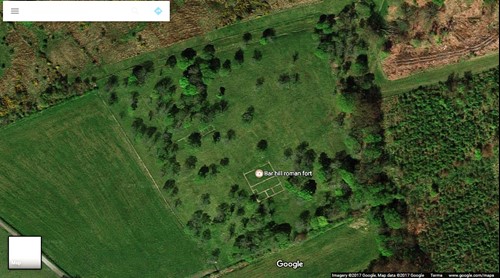 The Twechar Pit Village Oral History Project has revealed and presented a fascinating glance into the local area’s industrial past. Whilst on the topic of Twechar’s past, let us look further back in time, to investigate Bar hill fort and Castle Hill, both of which overlook Twechar village.

Because the kingdom of Alba was not yet formed, the term Northern Britain will be used. The Romans made quick work of pacifying natives in the south of Britain. Perhaps the fiercest resistance in what is now England came from Boudicca and her tribe, the Iceni. XXth Legion Valeria Victrix (SPQR) feature her defeat on their battle honours. That same legion, on arriving in East Dunbartonshire, constructed Bar hill fort onto the Antonine Wall circa 142 AD. The Roman conquest evidently had limits. That said, these limits of exploitation ebbed and flowed over the decades and centuries.

The Hamian archers were a Syrian regiment who swore fealty to the Roman emperor. Their fighting style was completely different to the rest of the Roman forces. Projectile weapons were common in the Roman army, but more so with regards javelins than bows and arrows. However, the bow was the principal weapon of the Hamian archer. Their bow was a fine product of artisanry. Compositely crafted of wood, bone and sinew, they were superior in terms of both range and power to other archery set-ups of that era. This regiment was one of several who spent time garrisoned at Bar hill. A particularly interesting footprint of their stay in Bar hill fort is a 3-foot high inscribed altar raised by Hamian officer ‘Praefect Caristanius Iustianus’ in honour of the pagan god ‘Silvanus’. Most of the artefacts discovered at Bar hill fort are now housed in the Hunterian Museum (Glasgow), though a number are in the National Museum (Edinburgh).

Bar hill fort is 112.5 x 114.3 metres in size, which converts to 1.29 hectares. One of seventeen forts along the Antonine Wall, it was a palisaded enclosure. It was surrounded by ramparts and ditches, and built on a slope, but contained a 43-foot deep well, and a bathhouse with separate hot and cold rooms.

To the fort’s immediate northeast is Castle Hill. Prior to the Roman invasion, Castle Hill was an Iron Age hillfort. Romans used Castle Hill as a vantage point. It offers good views to the north. In more recent times it has been used as a quarry – dolerite stones for cobbled roads were sourced there. 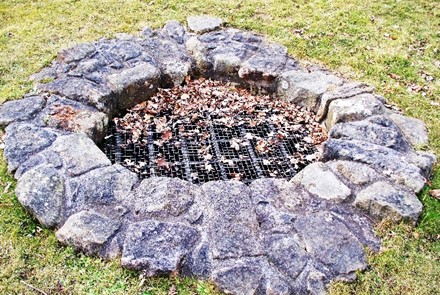 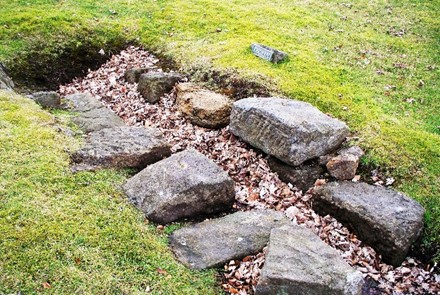 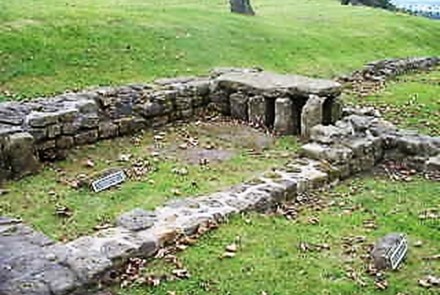 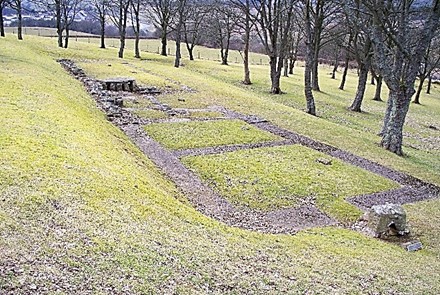 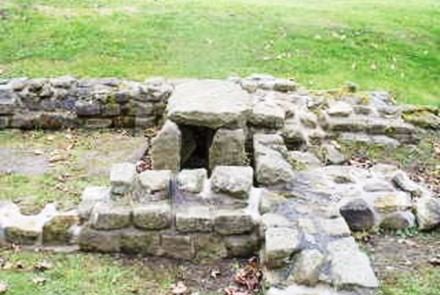